skip to main | skip to sidebar

A History of Medicare and Social Security Tax Increases 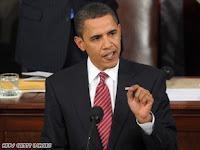 Medicare was legislated in 1965, and a new payroll tax was implemented in 1966 to cover the expense of the new entitlement program. The initial tax was 0.35%, payable by both the employee and employer on the first $6,600 of the employee's wages. The $6,600 upper wage limit rose by about 50% in total over the first 8 years, and then dramatically increased thereafter, until reaching $135,000 in 1993. That represents about an 11.40% annual increase between 1966 and 1993, whereas inflation increased at an annual rate of 5.38% during that time. The upper wage limit was eliminated in 1994, meaning that the tax began to be charged on all wages at that time.

While the Medicare wage limit was being increased, the tax rate was increased continuously as well. It approximately tripled in the first 8 years from 0.35% to 1.0%, and eventually hit the current level of 1.45% in 1986. In dollar terms, the amount collected on the wage limit maximum from both the employee and employer increased from $23.10 in 1966 to $1,957.50 on the $135,000 limit that was in place in 1993. That represents a 17.2% annual increase, whereas, as noted above, inflation increased at 5.38% over that period. Hence, the maximum tax was increased at over 3 times the rate of inflation, and again, there has been no maximum tax since 1994.

Changes in the Social Security tax are equally staggering. The tax was implemented in 1937 at 1.0% of the first $3,000 of wages. It stands today at 6.20% on the first $106,800 of wages. Inflation between 1937 and 2010 was 3.76% annually, whereas the wage limit has risen at 4.95%. Hence, even if the original 1.0% tax had remained constant, the amount collected on the limit would have increased substantially more than the rate of inflation due to the more rapidly increasing wage limit. However, with increases in both the limit and the rate, the tax in dollar terms has increased on the wage limit from $30 to $6,622, a 7.57% annual increase, which is double the rate of inflation between 1937 and 2010.

Under the proposed health care reform act, to pay for the changes, the legislation includes more than $400 billion in higher taxes over a decade, roughly half of it from a new Medicare payroll tax on individuals with incomes over $200,000 ($250,000 for couples). From an article on MSNBC, here's how the tax hike would work:

"Under Obama's plan, individuals with incomes of more than $200,000 — including both wages and investment returns -would pay a 2.9 percent tax on interest, dividends, royalties and other unearned income that exceeds that threshold. Couples with total incomes over $250,000 would face the tax, too.

Right now, that couple would pay $3,987.50 in Medicare taxes each year. Under the proposal, they would pay $4,212 on their wages and $4,350 on their investment income, $8,562, assuming all of that income is taxable. Congressional estimators predict any final policy would include some exemptions, such as the costs of generating investment income."

Note that in addition to the above Medicare tax hike, the House's revisions to the Senate's bill also include a 0.5% Hospital tax on high-income individuals and couples; i.e., those with incomes over $200,000 and $250,000, respectively.

Clearly, the new taxes are intended to shift the burden to the supposed rich. However, after analyzing the government's past record for increasing the Medicare and Social Security taxes, how long can we honestly expect it to be before that $200,000 floor starts to creep down, or the tax rate starts to creep up, or both?

Pat Fleck
Pat has nearly 30 years of experience as a financial executive. He is a CPA and holds an MBA from MIT's Sloan School of Management, where he was a Sloan Fellow. Pat's research interests include investments, financial markets, leadership and ethics, innovation and business sustainability, I.T. strategy, corporate governance, economics, politics, and globalization.